38 second mark and on

Thisisdig.com: "The Smiths - There Is A Light That Never Goes Out" via Smiths Official FB (December 9, 2020)

“How Soon is Now?” was written by The Smiths’ guitarist Johnny Marr and singer Morrissey.
Marr’s haunting, tremolo and sliding guitar part prepares the perfect sonic atmosphere for Morrissey’s angst-ridden lyrics.
“I am the song and the heir of a shyness that is criminally vulgar,” the singer croons to his listeners.
Upon the band’s break-up, writer Simon Reynolds named this dark tone as the key element that made the band so appealing:
“Why were The Smiths ‘important’? Because of their misery….The Smiths finest moments - ‘Hand in Glove,’ ‘How Soon is Now?’, ‘Still Ill’, ‘I Know Its Over’ - were moments of reproachful, avenging misery, naked desperation, unbearable reverence - free from the ‘saving grace’ of quips and camp self-consciousness.
If there was laughter it was black, scornful scathing….they were like those gauche youths who turn up to house parties only to cling to the dark corners in...
The Smiths
Continue…

Some big prices paid again, but some items came in close to estimate and it looks like some bargains were had for those who collect. 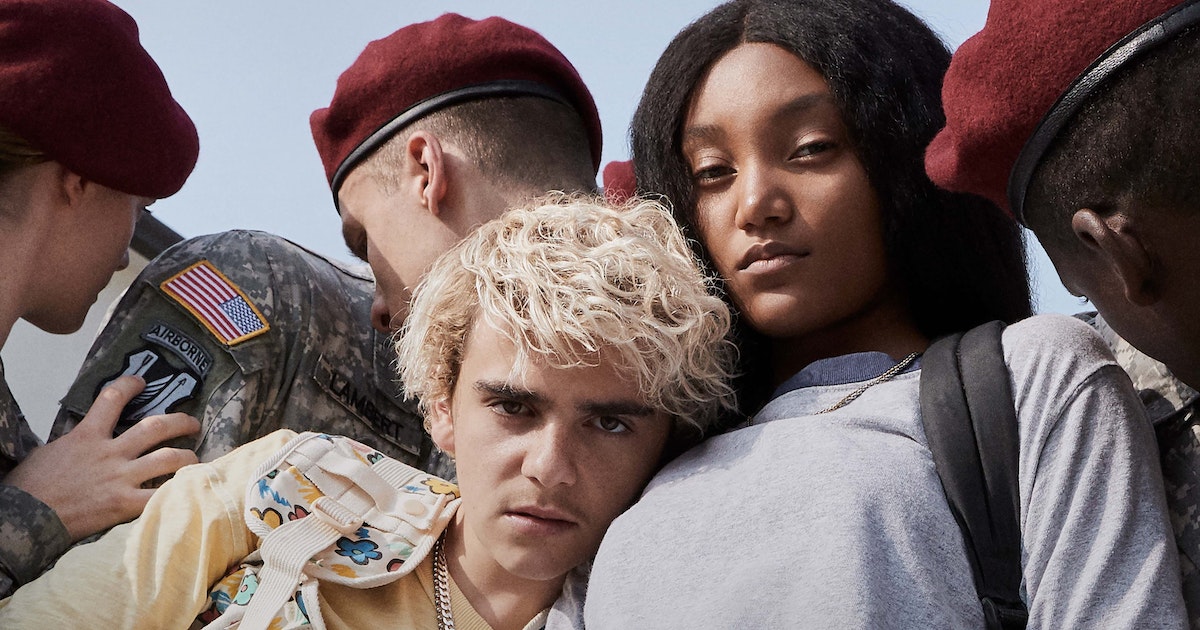 Music from We Are Who We Are S1E04

Love the music on We Are Who We Are? Visit Tunefind to listen to all the songs used on the show.

This Night Has Opened My Eyes
THE SMITHS

Party continues. everyone is drinking and smoking.
The Smiths
Continue…

After discussion with Omega, it appears 2 of the items recently listed were actually part of a 'Liverpool Vinyl' auction today.
Those items were namely:

A selection on offer:

MORRISSEY AND JOHNNY MARR SIGNED CARD
Authenticated by Roger Epperson prior to this sale.

THE SMITHS FULLY SIGNED SINGLE
Authenticated by Roger Epperson prior to this sale.

THE...
The Smiths
Continue…

The 1980s pop superstar talks about backstage antics at the BBC, being cornered by Bob Geldof at Heathrow, and those notorious outfits.

Nik Kershaw interview: ‘The Smiths hated me – we had stare-offs on Top of the Pops’

The 1980s pop superstar talks about backstage antics at the BBC, being cornered by Bob Geldof at Heathrow, and those notorious outfits

www.telegraph.co.uk
The article is gated - so reproduced in full below:

It’s 11.30am or thereabouts on Monday, so it’s time for Nik Kershaw to get out the wine. “We were drinking this,” the musician is saying, hefting into laptop-screen view a bottle of Gevrey-Chambertin.

It just so happens that the 1980s pop star, responsible for retro-radio staples Wouldn’t It Be Good, I Won’t Let the Sun Go Down on Me and The Riddle, has to hand a bottle of the same red wine he enjoyed one fateful Sunday at Elton John’s Windsor estate. (Probably not the same pricey vintage, he points out, but you get the picture.)

In late 1984, the year of his chart breakthrough, Kershaw – now a well-preserved 62 years old...
Other People/Bands The Smiths
Continue…

Morrissey A-Z: "Angel, Angel, Down We Go Together"
Maybe it reminds me of Kate??? Yes, he did change his mind but I can't...
10 minutes ago
Nerak
Band T-shirts
The night before Beaumont's 'Dirt' (Austin Music Hall) they wore 'Fancy Man'...
11 minutes ago
Famous when dead
It’s not about politics
Derek, that's bollocks. The free market needs the free movement of capital &...
26 minutes ago
Nerak
Post Whatever You Are Thinking At This Very Moment
He was born in the same year as my murderous sister.
29 minutes ago
Light Housework
Morrissey A-Z: "Ammunition"
great song,voice is good but the music is just noise in the...
34 minutes ago
gordyboy9
Morrissey live: Robert Mondavi Center at UC...
Thank you!
40 minutes ago
GirlAfraidWillNeverLearn