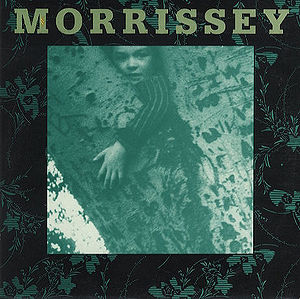 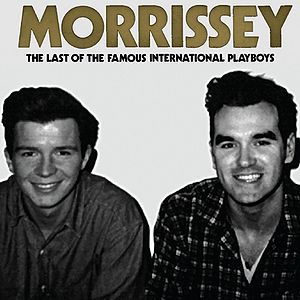 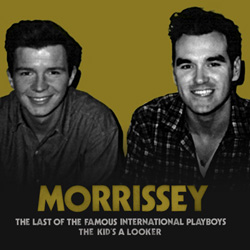 Dear hero imprisoned,
With all the new crimes that you are perfecting
Oh I can't help quoting you
Because everything that you said rings true

And now in my cell
(Well, I followed you)
And here's a list of who I slew
Reggie Kray - do you know my name?
Don't say you don't
Please say you do

And now in my cell
(Well, I loved you)
And every man with a job to do
Ronnie Kray - do you know my face?
Don't say you don't
Please say you do

I never wanted to kill
I'M NOT NATURALLY EVIL
Such things I do
Just to make myself
More attractive to you
HAVE I FAILED?

The last of the famous
International playboys 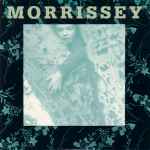 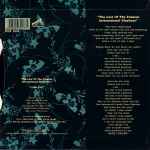 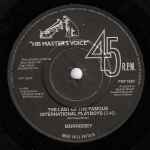 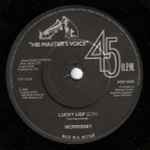 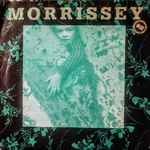 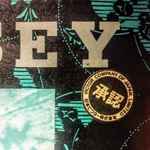 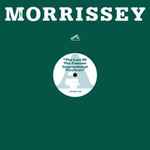 Track 1 remastered by Bill Inglot at Digiprep. Track 2 recorded 10th June, 2011 for the Janice Long Show on Radio 2 and broadcast 15th June, 2011. Mastered at the Lodge. 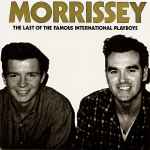 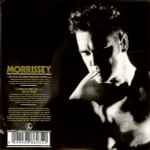 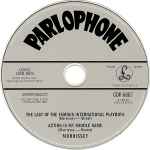 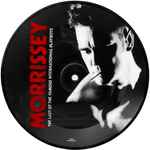 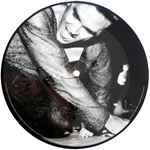 "The Last of the Famous International Playboys" is a song by British solo artist Morrissey. Co-written by Morrissey and former Smiths producer Stephen Street, the song was Morrissey's third release after the Smiths break-up. Morrissey was inspired lyrically by the East End gangster brothers the Kray Twins, whom he believed to be an example of the media glamourizing violent criminals. Street took influence from the Fall for the song's music, with the intro also resembling that of "The Man Who Sold the World" by David Bowie. The single was the first Morrissey solo single to feature his former Smiths bandmates Andy Rourke, Mike Joyce, and Craig Gannon. "The Last of the Famous International Playboys" was recorded and released following Morrissey's debut album, Viva Hate. Upon release, the single became yet another commercial hit for Morrissey, reaching number six in the UK in spite of initially mixed reviews. The song would later appear on the 1990 compilation album, Bona Drag. In the years since its release, "The Last of the Famous International Playboys" has become one of Morrissey's most remembered songs and remains critically acclaimed by modern writers.