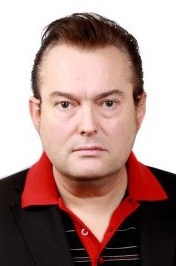 Born on 19 May 1962 in Edgware (North London). Boz is legendary on the rockabilly scene. Among the many bands he has played with are The Polecats, Boz And The Bozmen, Ronnie Dawson, The Deltas, John's Children, Blubbery Hellbellies, Adam Ant, Sonny George, Imelda May, psychobilly band Jet Black Machine and has even toured Japan with all girl rockabilly band The Shillelagh Sisters. Morrissey's musical director, co-songwriter and guitarist since 1991.

Martin James "Boz" Boorer (born 19 May 1962 in Edgware, Middlesex, England) is an English guitarist and producer most known for his work founding the new wave rockabilly group the Polecats; and later for his work as a co-writer, guitarist and musical director with Morrissey, for which he is principally known today.