The Bullfighter Dies was the fourth single released off Morrissey's tenth solo album, World Peace Is None Of Your Business. The song was produced by Joe Chiccarelli and co-written by Jesse Tobias.

The Bullfighter Dies was released as a digital single on 17 June 2014.

The 45 pictured below was scheduled for global release by Harvest, but scrapped by Steve Barnett at the last minute. The b-side was the original French mix of the song One of Our Own.

Note: "Scandinavia" (French mix) is listed as the b-side on the included image, which matches the listing of the aborted releases on Amazon.fr. [2] The other supposed vinyl singles included "Istanbul", "Kiss Me A Lot" and "Neal Cassady Drops Dead", featuring French mixes of "Smiler With Knife" and "Art-hounds", along with the aforementioned "Scandinavia". 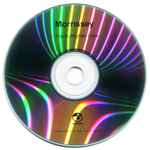 "The Bullfighter Dies" is a song by English singer Morrissey. It is the seventh track on his World Peace Is None of Your Business album and was released as the fourth single off the album via digital download on 17 June 2014, through Harvest and Capitol Records. On 8 January 2015, Morrissey advised fans that a 45 of "The Bullfighter Dies" was scheduled for a global release by Harvest, but was scrapped by Steve Barnett at the last minute. The B-side was to be the original French mix of the song "One of Our Own".Due to changes in global music consumption, the physical versions of the first four singles from this album were released together as one 10" vinyl.