Jean Marais stars in this film and a still of him became the This Charming Man cover. 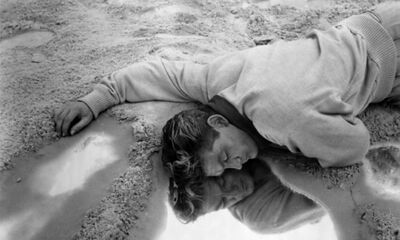 Jean Marais in an Orphée still that was used as cover art.

Orpheus (French: Orphée; also the title used in the UK) is a 1950 French film directed by Jean Cocteau and starring Jean Marais. It is the central part of Cocteau's Orphic Trilogy, which consists of The Blood of a Poet (1930), Orpheus (1950), and Testament of Orpheus (1960).