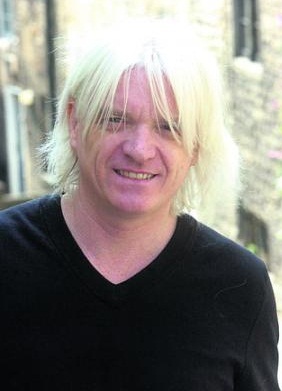 Neil Taylor grew up in Bristol. As a teenager he played in local bands before joining Neon featuring Curt Smith (Tears For Fears), Pete Byrne (Naked Eyes) and Rob Fisher (Climie/Fisher). He later formed Violent Blue with bassist Charlie Jones (Page/Plant) releasing a single and album with Magnet records. During this period Neil played guitar with Tears For Fears on the album "Songs From The Big Chair" including the one take guitar solo on "Everybody Wants To Rule The World". Neil’s involvement with the band continued and he played on two world tours and the band's third album "Seeds Of Love".

During his career, Taylor has recorded and/or toured with: Natalie Imbruglia, Peter Gabriel, Rod Stewart, Tina Turner, The Pretenders, and Van Morrison.

In 2001 Neil played on Robbie Williams album: Sing When You're Winning and Natalie Imbruglia’s White Lillies Island. After finishing touring with Natalie, Neil played guitar on Robbie Williams album Escapology where he was asked to join Williams' backing band. In addition to his work with Williams, in 2011 Taylor released his first solo album entitled No Self Control and and embarked on a modest tour. April 2012 saw the release of Taylor's second solo album, Chasing Butterflies.

Neil Taylor plays lead guitar on the Morrissey singles "The Last Of The Famous International Playboys" and "Interesting Drug."