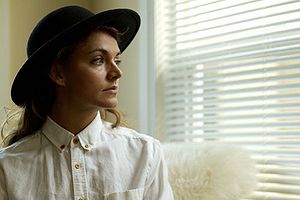 Filmmaker Natalie Johns was born in Zimbabwe, grew up in South Africa and established her career in the London where she specialized in music television with Channel 4, MTV and production company Done and Dusted.

On Pamela Anderson's appearance in "Earth Is The Loneliest Planet," Natalie tweeted "Morrissey - new spoken word video - feat Pamela Anderson * But I can confirm that they had never met before we shot!". She further commented "...both knew and respected one another's work with PETA immensely but had not found themselves in the same room before."[3]