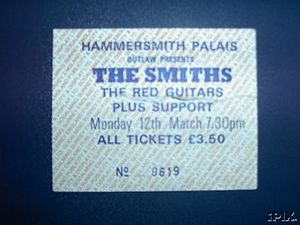 An unofficial recording of this show is in circulation; most commonly under the title Last Of The English Roses.

Portions of this concert were released on the Boyfriend In A Coma bootleg LP and the Shoplifters From Manchester bootleg CD.