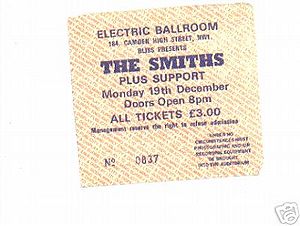 An unofficial live recording of this show exists and has circulated in various formats and on filesharing sites. This show is of note because it featured a work-in-progress version of Barbarism Begins At Home, performed over a year before the album version was released, and featuring noticeably different/additional lyrics.