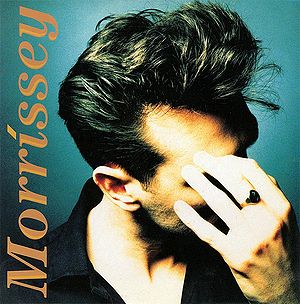 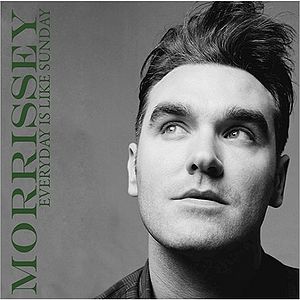 Hide on the promenade Etch a postcard "How I Dearly Wish I Was Not Here" In the seaside town That they forgot to bomb Come, come, come Nuclear bomb! Track A recorded in 1988 and remastered at Digiprep, LA. Track B recorded live in 1991 at Pacific Amphitheatre, Costa Mesa in California. Previously unreleased. "Everyday Is Like Sunday" is the third track of Morrissey's debut solo album, Viva Hate, and the second single to be released by the artist. While the lyric was written by Morrissey, the song's composer was Stephen Street. The lyric is reportedly inspired by Nevil Shute's novel On the Beach, about a group of people waiting for nuclear devastation in Melbourne, Australia. It reached number nine on the UK Singles Chart and remains one of his best-known songs. "Everyday Is Like Sunday", as well as the single's B-sides "Disappointed" and "Will Never Marry", feature on the compilation album Bona Drag. The track has been covered by a number of other bands, it has also inspired the cult Canadian film Everyday Is Like Sunday. On 27 September 2010, the single was re-issued on CD and two 7-inch formats, including the unreleased "November the Second", an alternative mix of "November Spawned a Monster". This re-issue debuted at number 42 on the UK singles chart. It coincided with the 20th-anniversary re-issue of his 1990 compilation Bona Drag.