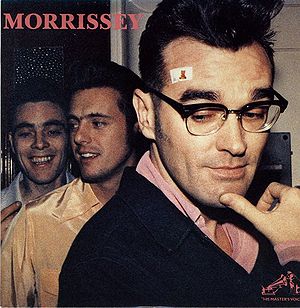 Morrissey made a [statement] on June 8, 2021 which stated this song was not about the band James.

Oh, look at those clothes
Now look at that face, it's so old
And such a video
Well, it's really laughable

We hate it when our friends become successful
And if they're Northern, that makes it even worse
And if we can destroy them
You bet your life we will
Destroy them
If we can hurt them
Well, we may as well...
It's really laughable

You see, it should've been me
It could've been me
Everybody knows
Everybody said so
They say:
"Ah, you have loads of songs
So many songs
More songs than they can stand
Verse
Chorus
Middle-eight
Break, fade"
Just listen...

Vinyl slipped in a white polylined inner sleeve made by DRG MALAGO.

Barcode reverse upper left is on a bevelled rectangular sticker on some copies. Dot print. Sticker adhesive liable to bleed to the surface causing darkened spots to paper & fading of dot ink.

Runouts are stamped except for "I DON'T KNOW ANYONE THAT'S HAPPY, DO YOU?", which is etched. 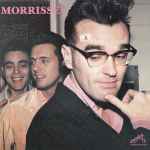 Issued in an old style HMV 'Pop Series' cover with catalogue singles advertised on back. The same track plays on both sides with different speed (side A: 78rpm / side B: 45rpm). 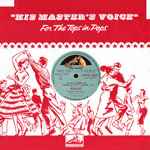 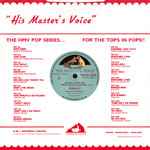 "We Hate It When Our Friends Become Successful" is a song by English singer-songwriter Morrissey from his third studio album, Your Arsenal (1992). It was released as the lead single from the album on 27 April 1992, by His Master's Voice (HMV). It was the first Morrissey single to be co-written with guitarist Alain Whyte and produced by glam rock guitarist Mick Ronson, known for his work with David Bowie as one of the Spiders from Mars. The song peaked at No. 17 on the UK Singles Chart and No. 9 in Ireland.