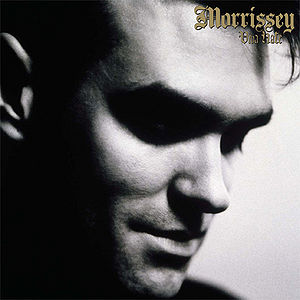 On 02 April 2012, a newly remastered special edition of Viva Hate, supervised by Stephen Street, was released. Controversially, Morrissey chose to omit one of the album's original tracks, "The Ordinary Boys," and include the session demo "Treat Me Like A Human Being." In addition to the track list changes, the intro and extended fadeout of "Late Night, Maudlin Street" has been edited. The original album artwork was restored for this release, however, the typeface font on the front cover has been changed, as was the case with the 2011 Bona Drag remaster. The album would be released carrying the Liberty Records imprint logo.

Recorded at the Wool Hall Studios nr Bath during winter 1987.

Runouts are stamped except for "EDUCATION IN REVERSE", which is etched. 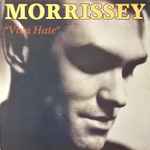 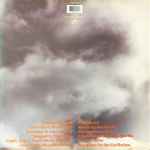 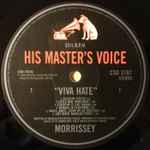 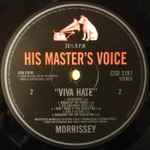 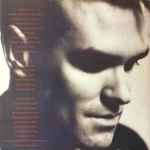 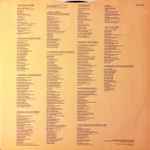 Recorded at the Wool Hall Studios nr Bath, during Winter 1987. 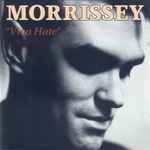 Slightly different to another Fame cassette.

Position of text & ‘Fame’ logos have now been moved.

Most copies were recalled, but some still exist (Cassette and LP).

On labels: All titles written by Morrissey/Stephen Street All titles Warner Bros./MCPS 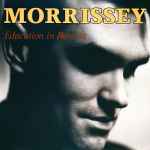 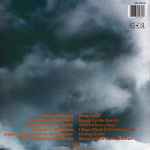 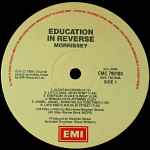 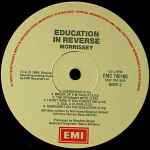 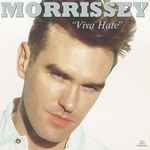 Recorded at the Wool Hall Studio near Bath during winter 1987. 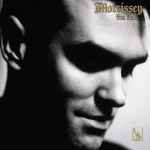 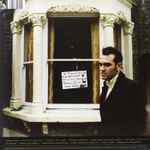 Viva Hate is the debut solo studio album by English singer Morrissey. It was released on 14 March 1988 by HMV, six months after the final studio album by the Smiths, Strangeways, Here We Come (1987). Vini Reilly, the leader of the English post-punk band the Durutti Column, played guitar on the album. Producer Stephen Street, who had contributed to multiple Smiths releases, served as the bassist.