Norden Farm Centre for the Arts, Maidenhead
Presents The Smiths and friends

His most famous image ironically was a posed of the Smiths outside the Salford Lads Club for the Queen is Dead album.

“Stephen Wright’s original photograph, used for the inside gatefold of The Queen is Dead, clinches the prize for the most famous image of the Smiths” Will Woodward – The Guardian

This image is part of the collections of the National Portrait Gallery, the Manchester Art Gallery and the Salford Art Gallery. All rather funny when the original film was processed in a darkroom in a bedroom -with the chemicals kept in old drinks bottles!

Norden Farm Centre for the Arts is a theatre venue in Maidenhead with live events, gallery, restaurant and cafe bar. Norden Farm provides the best in drama, and the arts. Up to 2,500 people a week visit the Centre for a variety of live shows, films, classes and workshops or to eat in the Cafe Bar.

In pictures: The Smiths and friends - BBC.co.uk. Link posted by intlplayboy / Tumblr. 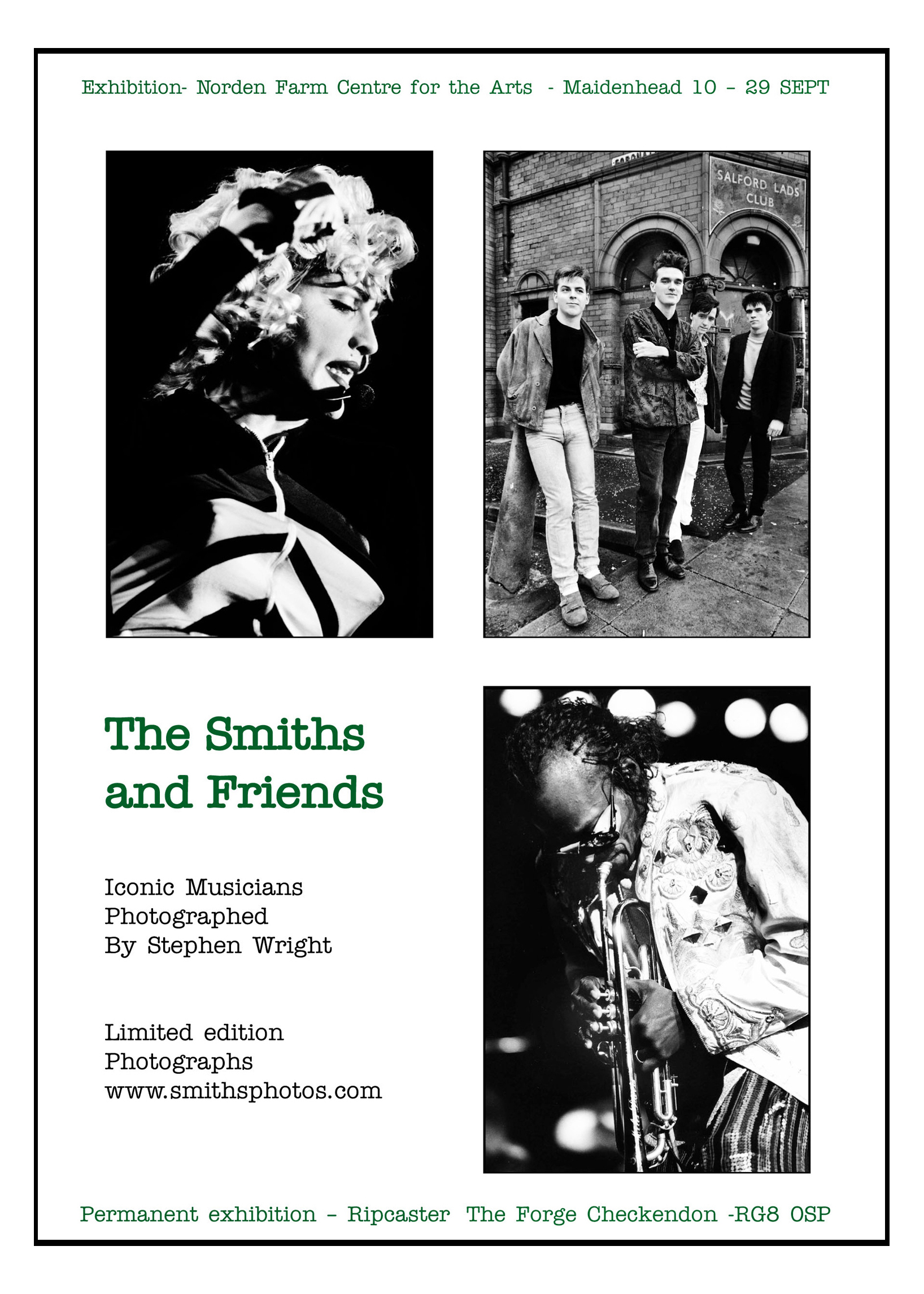 THE SMITHS (typed in capital letters on my laptop at 6:09 pm GMT)

THE SMITHS And again, get a hobby.
A

I'll be sure to take your typographic complaint to the exhibitors when I go and see it.

Anonymous said:
THE SMITHS And again, get a hobby.
Click to expand...

http://www.gemeentebest.nl
You must log in or register to reply here.