'Panic in the streets of Springfield' - upcoming Simpsons Episode (scheduled for April 18, 2021)

Well, this could be...interesting, scheduled to air in exactly a month's time.

Panic on the Streets of Springfield

"Panic on the Streets of Springfield" is the nineteenth episode of season 32 of The Simpsons and the seven hundred and third episode overall. It originally aired on April 18, 2021. The episode was written by Tim Long and directed by Matthew Nastuk. It guest stars Benedict Cumberbatch as the...

Lisa becomes obsessed with this kind of famous, alternative Morrissey-type rockstar from the 1980s. It will be a musical episode.

Apparently the 'aging' main character is played by Benedict Cumberbatch.

The writer for the episode's music is none other than Flight of the Concords himself, Bret McKenzie, aka Rhymenoceros.

A quick search found some additional info from The Laughing Place article here:

Another upcoming episode guest stars Benedict Cumberbatch playing a parody of The Smiths’ lead vocalist Morrissey. Bret McKenzie (of Flight of the Conchords and The Muppets fame) wrote the music for this episode. [Yeardley] Smith says the songs are incredible and Lisa has a couple of great lyrics.
Last edited by a moderator: Mar 18, 2021
Click to expand...

It's all good · From On the moors
Subscriber

How will Lisa grapple with the fact that he's an old racist dickweed? Tune in to the show that will not die despite being long dead- only on FOX!

Morrissey's left nut said:
How will Lisa grapple with the fact that he's an old racist dickweed? Tune in to the show that will not die despite being long dead- only on FOX!
Click to expand...

She's done something similar in an episode called Gal of Constant Sorrow.

The Simpsons are very good at predicting things, like being owned by Disney. Disney is Forever. Disney+.
C

Morrissey's left nut said:
How will Lisa grapple with the fact that he's an old racist dickweed? Tune in to the show that will not die despite being long dead- only on FOX!
Click to expand...

Apparently Lisa Simpson has been trawling through Solo for some time now...
She’s not a daft lass as we all know,
So I’m sure she’s made assumptions as to who are all the dick heads on here....
We look forward to your international debut....
A

Anonymous said:
This is one of the reasons The Simpsons started sucking, in my opinion - all the bloody guest stars. In the very early days, when Michael Jackson appeared, only to turn out to be a mentally ill bald white man, THAT was funny. But increasingly the guest stars just seemed to turn into a gimmick, like everyone vaguely famous celebrity had to turn up for a ratings boost.
Click to expand...

I don't think Morrissey ever met Michael Jackson. I wish they could of met because they might of got on. They were both friends with Dick Gregory.

Michael Jackson's daughter Paris Jackson is a fan of The Smiths and of indie music in general. I wonder if Paris is a fan of Morrissey as a solo artist? 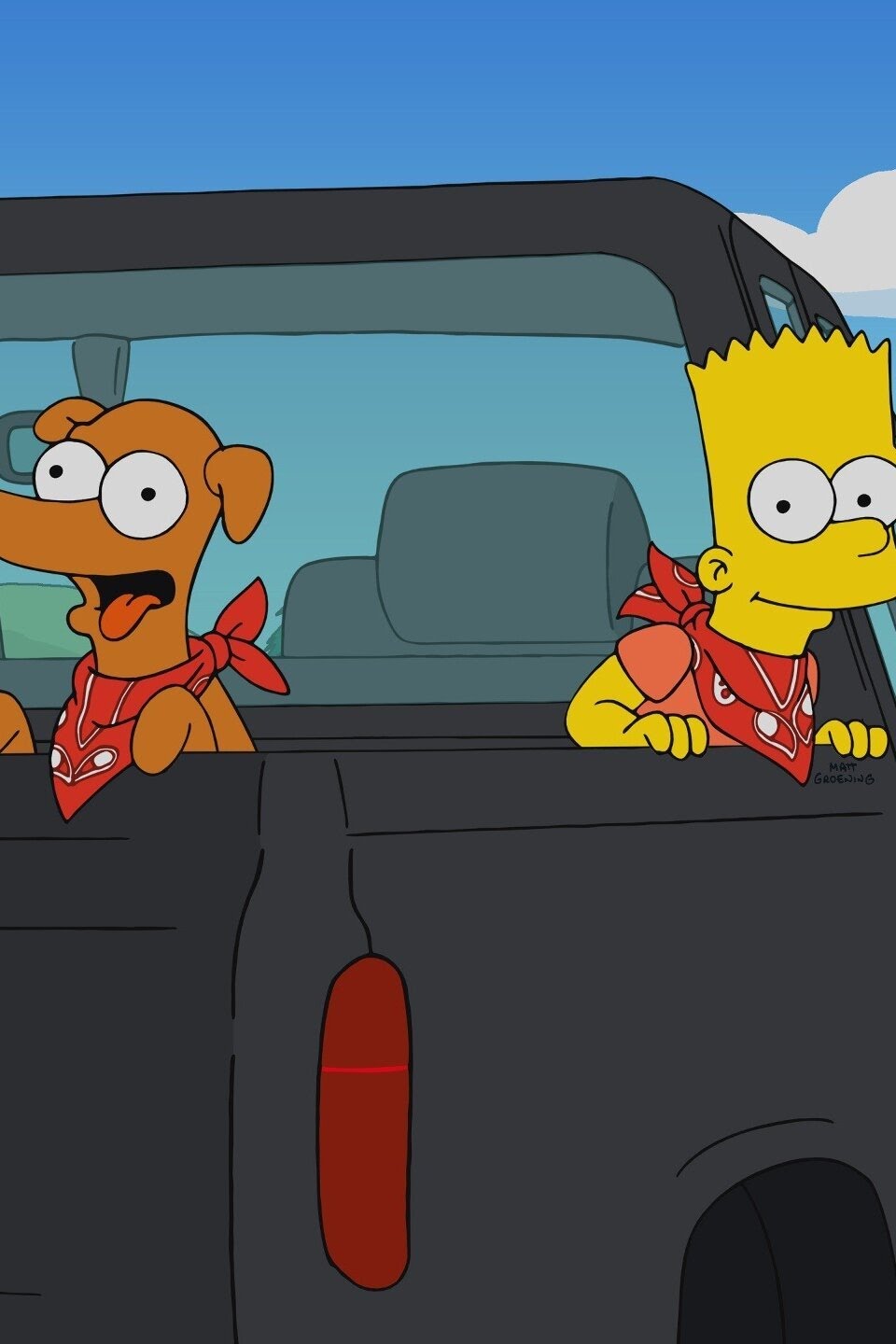 FWD.
Some of us is turning nasty 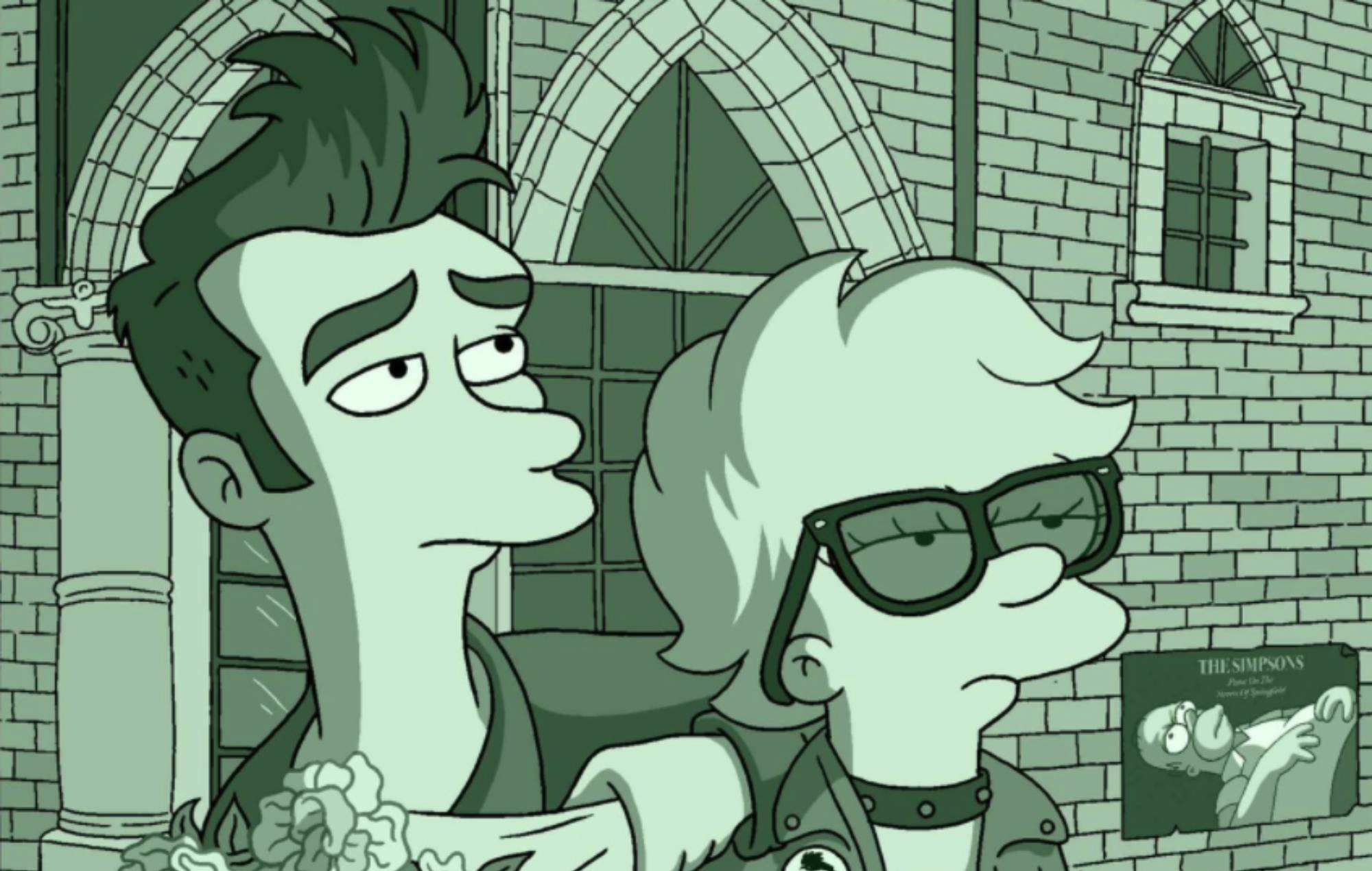 The Simpsons is set to send up The Smiths in a new episode this weekend, marking the latest chapter in the show's long history of sending up pop culture. 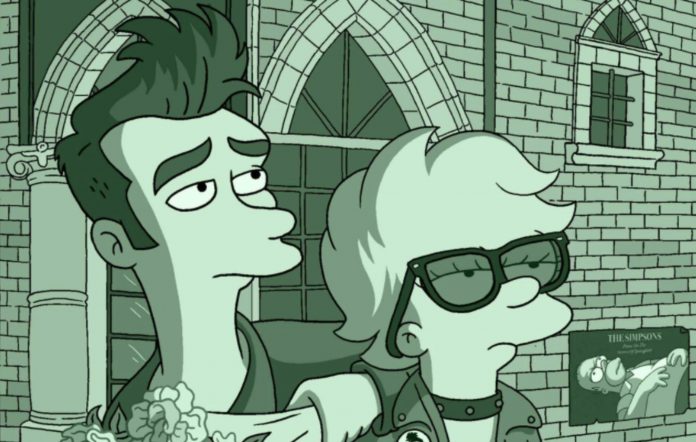 I need that Homer as the TQID artwork in hi-res. Lovely stuff.
"Maybe if I was an anarchist and had a signed copy of Kimono My House or something you'd sleep with me" ​

Ben Budd said:
I need that Homer as the TQID artwork in hi-res. Lovely stuff.
Click to expand...

I haven’t even seen it! Where is it?
"[I call] for every shade and persuasion … we shall always be alongside each other - everyone's culture of value."
- Morrissey, May 2019
B

On the bottom right of that picture.

What I am saying is I would love to just have that part of the artwork, but bigger and in hi-res
"Maybe if I was an anarchist and had a signed copy of Kimono My House or something you'd sleep with me" ​ 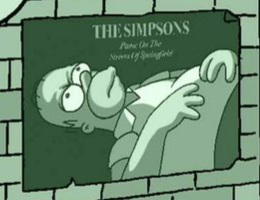 Moderator
Some of us is turning nasty
D

One of the funniest things I saw on The Simpsons was where Homer swiped the wedding photograph off the shelf (not maliciously, I think he'd been drinking) and Marge was quite upset about it. He said 'quit living in the past, Marge' I don't know whether it was the same episode, but Homer had become enthralled by the company of a gay man. He didn't realise he was a gay man though. Marge was trying to explain to Homer that his new friend was gay and hitting on him. She said 'have you not noticed, he's quite' festive'. Her way of saying homosexual.
D

Another comedic animated moment was when Peter Griffin from Family Guy had been out on the razzle and he foolishly decides to drive back home. Except he believes he's driven into a drive thru takeaway. He's in his front garden asking his wife for a hamburger. He'd knocked the front fence down and skid marks all over the lawn.

Morrissey should do the voice of Benedict Cum-Patch (or whatever his name is) when it's his turn to be featured on The Simpsons. It would only be fair.
V

Anti-Moz Master said:
Hope they portray the Moz character truthfully, with his fascism on full display. Hoping there’s a concert scene mocking the delusional extremists at the rail up front.
Click to expand...

Oh gosh, that video clip was cringeworthy, yet I feel I must see more! How can I watch this on British TV?
You must log in or register to reply here.