Morrissey's physical single/45 "Lady Willpower" will be available to buy on August 23rd.

The song was originally recorded by Gary Puckett and the Union Gap, reaching number 2 in the U.S. in 1968.
The B-side is Morrissey's version of "Rainbow Valley" by The Love Affair which reached number 5 in the U.K. in 1968. 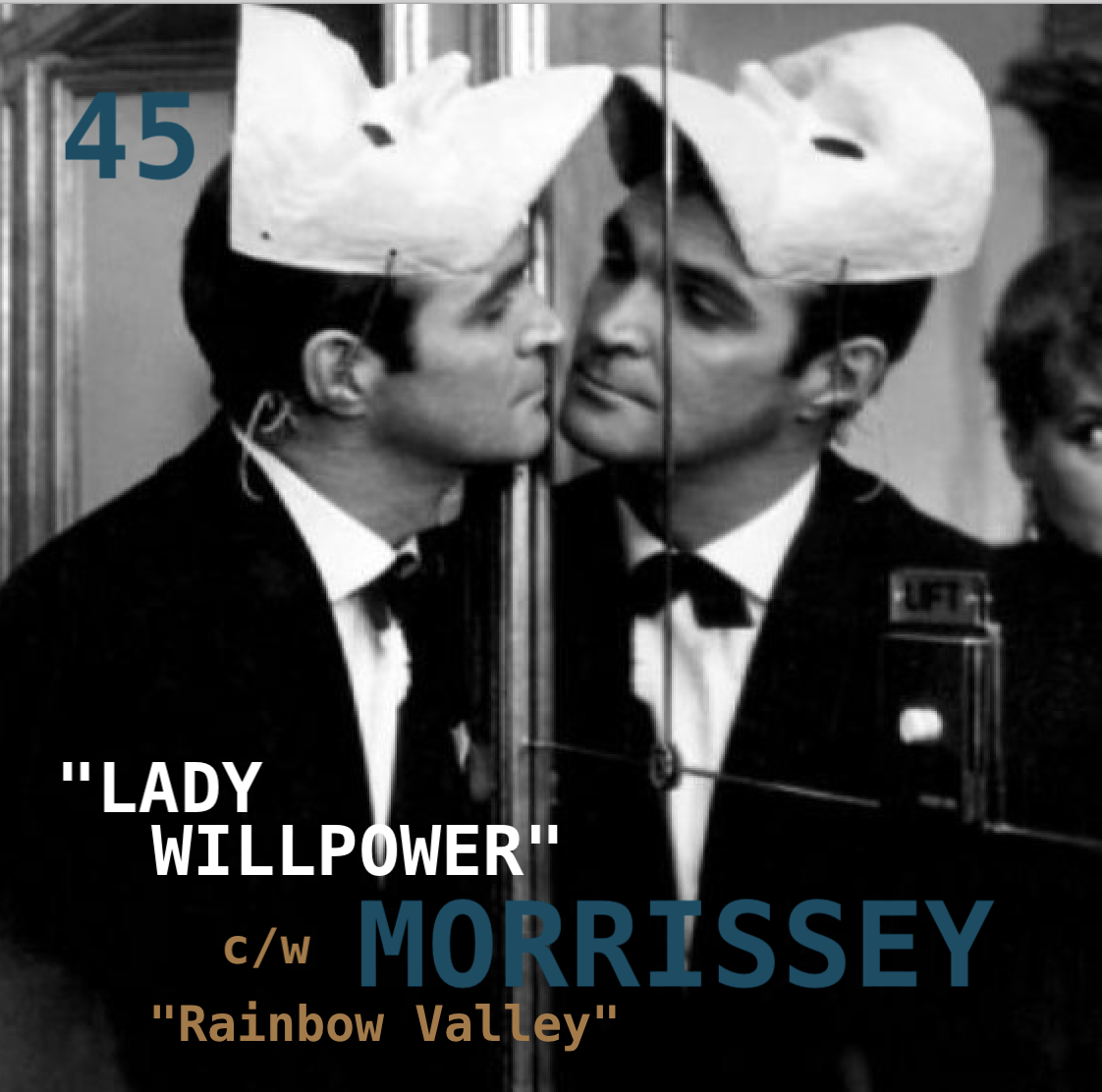 The single is released by BMG Records worldwide.

Artwork (above) is actor Stanley Baker from the 1962 film "Eva".

"Lady Willpower" has already been premiered on Radio 2 by Alan Carr.
Click to expand...

Famous when dead said:
The Warners pre-sale sheets for record stores are now available up until the 30th of August - no Lady Willpower 7" listing.
Nor has the German warehouse taken delivery of any in order to supply either.
Therefore delayed?
Might explain why it features nowhere online for preorder despite being due in 3 weeks time.
Regards,
FWD.
Click to expand...

Thanks for the info!

Has there been any more been heard about this release?!

Suedehead90 said:
Has there been any more been heard about this release?!
Click to expand...

Only the bits given verbally and seen on ordering sheets from my local Warner's rep.

It may appear on digital stores this coming Saturday (which will be a first).
Personally, I'd check online Friday when music tends to actually get released
There is still zero regarding a vinyl product.
Amazon, RT, Crash et al... haven't any information and mid September's physical releases are known now - so potentially the end of September?
The information above was from another thread as Morrissey Central reiterated the initial information in a second post themselves.
Regards,
FWD.
Some of us is turning nasty
D

Hopefully the new cover will get a better quality foto... So there won‘t be a digital release for saturday!