We have just launched a site dedicated to the art piece and wish to find members of the public to share stories of how music made in this part of London affected their lives. Please find attached a press release related to the project. If “Viva Hate” touched any Morrissey fans, we’d love to hear from them! Photos added to Flickr are being gathered in this group. 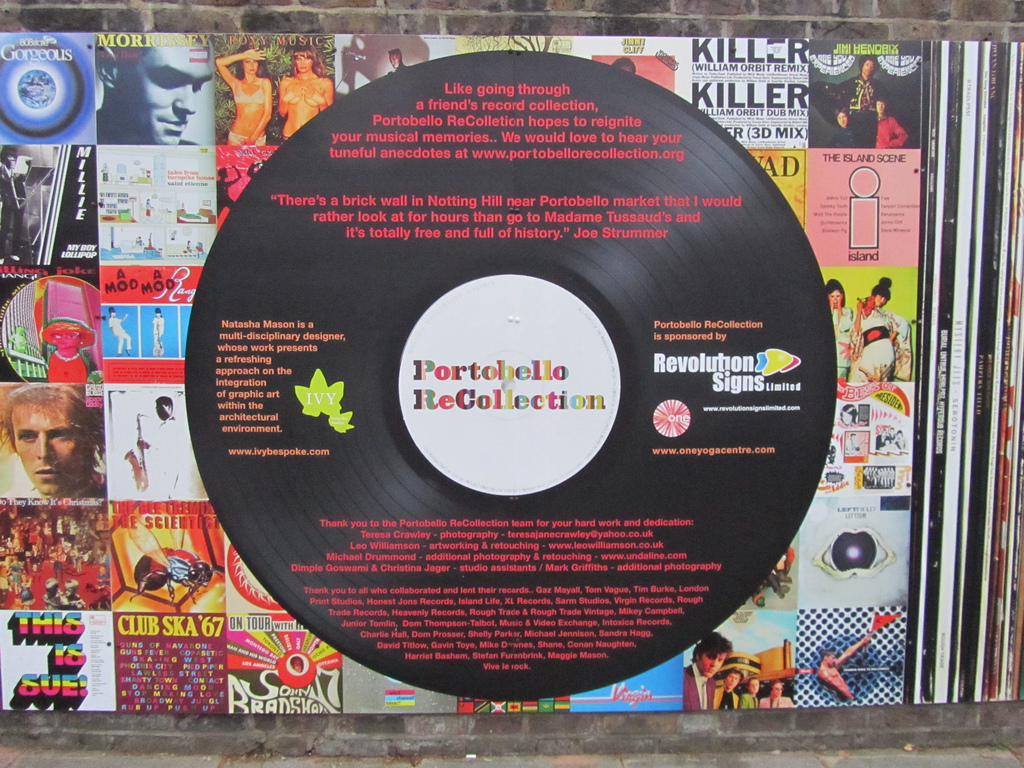 Viva Hate was the first Morrissey album I ever heard.
When I was 13, I was placed into a foster home in a city away from all of my friends, and felt completely isolated and suicidal.
The only saving grace about the town I ended up in was a record shop called Happy Trails.

At the time, I was a pretty rabid Cure fan, and would spend what money I had on albums. On one visit, they didn't have anything I hadn't listened to by The Cure, and the girl behind the counter pressed a cassette of Viva Hate into my hand and insisted that I take it home and listen to it, and if I didn't like it, she'd refund my money. I was more than a little skeptical of the man on the cover, who looked like a smug bastard who knew something the rest of us didn't. A face like a raincloud, gray, and pregnant with something.

Later around dusk, I sat out in the yard under the gloomy Oregon sky and hit play. Instantly, with the opening accusation of "Were you and he lovers? And would you say so if you were"? I was hooked. I mean, really? Who uses the phrase "Leather elbows on a tweed coat" as a lyric? The tracks that followed blew my mind a million times over.

It felt immediate, intelligent, and intensely personal, unlike the vague abstract ache of my suddenly former idols, the Cure, who looking back on it, never had an actual coherent thing to say ever, on any album. (Sorry, but it's true.)

Right away I got the gallows humor present in his lyrics, and have never once looked to Moz as some sort of gloom-merchant ala oh, I dunno... Any music publication ever written about him.

From that day in '91, he has (musically) been that hilarious self-deprecating friend with the wit you can count on to make you laugh through the tears when life gets ugly.

Morrissey actually cured my depression, or at least gave me a way to romanticize it a bit, and learn to cope with it in one way or another.
Thank you, unnamed record store girl for putting that copy of Viva Hate into my hand all of those years ago.

God, I feel sad that I'm the only one to be so touched by Viva hate so far...