On Saturday September 12th at 9pm, Tim Burgess's #TimsTwitterListeningParty will feature 'The Queen is Dead,' with commentary by Mike Joyce.


Posted by Nobody of importance:

Not sure if this has been posted yet, but here is a replay of the listening party in case you missed it live and want to read the tweets as you listen to the record. 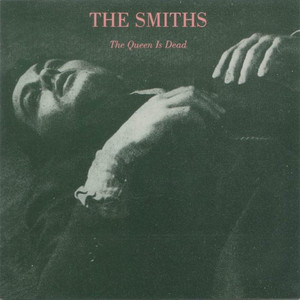 The Queen Is Dead - The Smiths

Real-time replay of all the tweets from #TimsTwitterListeningParty at 9:00pm on Saturday 12th September 2020 Raising money for the Back On Track charity A message from Mike:
"Hi folks, I’d like to invite you to be in with a chance of owning a unique piece of music memorabilia whilst also helping a charity I am involved with. I’ve been working with Back on Track for the last few years and I’m taking this opportunity to try and generate some much needed funding for the people they support in Manchester. Every penny that is raised from this venture will go towards the fantastic work that the charity does.

So here’s the story... I’ve been invited By Tim Burgess to play 'The Queen is Dead’ in its entirety at his now infamous Listening Parties and that was the catalyst to attempt to raise some money to coincide with the event.

The platinum disc was presented to me by Warner’s Music. It’s an extremely rare piece of music memorabilia and as such, it’s virtually impossible to quantify...
Other Ex-Smiths The Smiths
Continue…

YOU SHUT YOUR MOUTH

MESSAGES FROM MORRISSEY - MORRISSEY CENTRAL - YOU SHUT YOUR MOUTH

Mask being sold via Etsy:

Parlophone Records will release a 7-inch version of Morrissey’s “That’s Entertainment” in October.
The recording is not the aborted version from 1994, but retains the original Morrissey vocal.New instrumentation and vocals have been added. The song is a cover version of the 45 issued by The Jam and written by Paul Weller.The flipside of the single is a re-mixed version of Morrissey and David Bowie dueting on Marc Bolan’s’Cosmic Dancer’. The live recording has been newly produced by Boz Boorer, and was recorded in Los Angeles.+ above photograph of Morrissey with his mother in Manchester, 1967.


Description:
Brow of my Beloved -MORRISSEY ( fan made )
Posted by: MADNESS tv

Record Store Day (number 13) this year has seen a variety of changes.
Pre-covid, the plan (as per usual) was to release a long list of rarities and collectables.
People would then queue and try hard to get their wants lists met at their indie record store.
Februray 20, 2020, we shared a rumour sourced from the Reps that the 12" (thought at the time) was ready for listing.
This was confirmed the next day with a link to the physical product via 'Bullmoose'.
RSD was due to take place on April 18, 2020, but world events would bring about the end to this plan.
March 4, 2020, Central posted an image of several of these records saying there were 3 tracks on the B-side (there isn't a B-side).
That would indicate they were already made and ready to distribute, but have sat for 5+ months waiting.
RSD then announced (April 29. 2020) the revised plan to split the list up in to 3 and 'drop' over 3 dates with Morrissey being in the first one.

That all said, today finally sees the first of 3...
Release Info
Continue…

Dates have been removed from the Caesars site.

Post Whatever You Are Thinking At This Very Moment
This thread seems more and more like a conversation between my mother and...
16 minutes ago
countthree
Gino Paoli
Anche io vivo nella luna. E molte altre persone. Che importa? :LOL:
18 minutes ago
countthree
Why not release a Smiths - B-sides album
Would you mind sharing some of them?
Today at 12:19 AM
GirlAfraidWillNeverLearn
Strange/unexpected Moz references?
Easy Money, great song!
Today at 12:14 AM
Tim's Twitter Listening Party - "The Queen is...
Yes, the Morrissey haters conspiracy is worldwide with tens of thousands of...
Yesterday at 11:51 PM
It’s not about politics
Nancy just being Nancy on a Sunday morning, LOL
Yesterday at 11:34 PM
bhops